skip to main | skip to sidebar

Last weekend, we went to a friend's place for a babies and kids gathering. Baby Marcus met his friend, remember cutie Alice from baby Marcus' first real play date? Unlike the previous play date, in which he was pretty much not aware of anything, he was totally into Alice this time... ...she grabbed Marcus' face to show her affection. Heheheh...

After which they just gaze at each other adoringly... The babies got a little musical...they banged their little hands on the piano... ...Marcus couldn't take his eyes off Alice. He even cried when Alice left the piano...crying won't get her back, son. You'd need to do more to charm her. Remember, girls love pretty things, gifts...oh...and romance, and affection. These are not mama's secret hints for papa, these are for you! Heheheh

He proceeded to edge his fingers and held Alice's hand...and holding it. Alice responded with singing...music, singing, romance...if only there was dancing...the date would have turned into a typical Indian movie hehehe. Papa was so proud of you, not because you've successfully banged a few notes on the piano, but for holding Alice's hand with no hesitation. Aiya~

The ones who were happy were not only the kids.. Just in case you were wondering... What happened to baby Marcus' eye?
He didn't get into a fight, he was hurt. He probably bumped onto a hard edge, it could be a hard toy or the ladder of the metal bunk bed in our helper's room. We asked our helper what happened and she answered us with an "I don't know". I was pretty upset by this response. Our helper proceeded to claim that he was hurt while he was in his play pen, while she was cooking. There was nothing in his play pen that could have caused this, unless it's a toy, and there was no toy in the play pen when we checked it. She continued by implying that she put baby Marcus in the play pen based on our instruction, it was as if she was implying that it was our fault that he got hurt in his play pen. Sigh.

I am not sure if she was telling the truth. In the beginning she was laughing it off but I could sense that she got increasingly nervous when she saw that we were very upset. She stayed and kept trying to give me explanations, all of which discounted her responsibility for the incident.

The bottom line is, the baby Marcus is ok. We understand that babies are prone to accidents and a bit of a bump and a knock here and there are very normal as they learn to be more mobile. I can live with that, but I was just unhappy with how my helper handled the case. The way she implied that it was not her responsibility and the way she tried to explain made me doubt that she was telling the truth. She could at least show more remorse instead of just said "I dunno what happened" and shrugged off her responsibility. I've told her that we cannot just say "I don't know" we have to investigate the case to prevent it from happening again in the future. She was just saying yes yes. She showed up from her day off with some clothings and shoes for baby Marcus, I couldn't help but feel that she was buying them out of guilt :(

Anyway, baby Marcus remained cheerful and happy despite the injury. I need to get over this, but any tips on how to deal with my helper in the future?

Kids sure start young these days, don't they?! The photo of Marcus touching Alice's hand on the piano is so cute!

How about installing a CCTV camera in the places where Marcus should/will be most of the time when only him and the helper are at home? In most cases, it is installed in the living room and the helper is not allowed to let the baby get out of the camera's coverage.

This isn't exactly answering your question but my mum said one time when I was little I managed to climb to the top of my cot and may well have fallen down, luckily someone in the opposite apartment called out to my carer who was working in the kitchen so I was saved.

i always used the "soft approach" when I dealt with my helper (when the girls were young). I explained to her how much the kids mean to us ... and how they are more important than any housework and cooking.

i like moral-suasion when dealing with them (the helpers) cos i am paranoid that they might take out their frustration (from the many rules that i set) on the kids.

I love those pictures of Marcus and Alice!! ADORABLE.

About your helper...maybe communicate with her that honesty is important to you, and even a mistake is alright as long as she tells you what happened. If you still don't trust her, let her go!

Awww, such cutie! It's adorable how close they like to be to one another.

Please install a hidden camera just for your baby's safety. There were many incidents in the news that showed the neglect and abuse by babysitters.

I would be worried about the way she responded too. I mean, if it were an accident, why didn't she just say that? Poor little guy. :(

Glad he recovered though! Those photos with him and Alice are just too cute. I don't believe in natural beauty 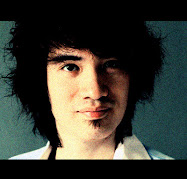 SC, pouring it all out in his blog

What Do I Eat? Almost only the yummy